Will Robots Steal Your Job in the Future? 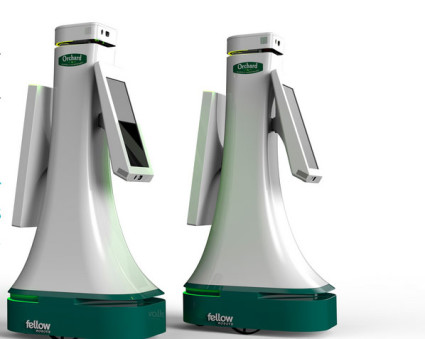 Does it seem unthinkable to you that robots might be doing your job in a few years? Perhaps you are already in an industry where you have seen automated technology take over jobs that used to offer lifelong job security; but, robots, doing your job?

The truth is that things change so fast these days that before you know it there is a new set of rules. Not so long ago if you had a job that you did well you felt that you were set for life. Most people stayed in jobs for years and could count on retiring with a pension that could support them in their old age, not so today.

“Over the next twenty years no one is going to mistake a robot for a person, but nevertheless, we will interact and collaborate with robots and they will become as common place in our lives as turning to a search engine is today.”

The truth is that since 1954 robots were beginning to replace workers in industrial jobs. While this may seem like a red flag for the workers whose jobs were replaced by robots, it was actually a benefit to them. Most of the jobs that are now done by robots were and are accompanied by significant health and safety risks.

The jobs that are currently done by robots in the industrial industry are:

Industries that currently heavily use robots are:

In addition, over the last 30 years or so software and robots have been replacing the work that used to be done by middle-skilled, average-wage workers; the kind of routine jobs that were done in manufacturing and office administration.

As technology continues to advance at a rapid rate we are already seeing how the military is benefiting from robots. The three most important areas where robots are being used in the military at present are:

The Projected Future of Robots

Several industries that are making plans for using robots in the future as technology advances are:

Medical (Robotic surgery assistants are already in use, and hospitals are planning extensive use of robots in the future.)

Elderly Domestic Care (As costs rise as well as the needs of the elderly, scientists are looking to robotic technology to fill the need)

Household Domestic Care (Bill Gates believes that by 2025 we could have robots in every home. Those domestic robots would range from vacuum cleaners that hide under a chair until needed to mechanical maids.)

So the question is will robots steal your job in the future? It really all depends on you. If you are open-minded and willing to learn and grow with the technology, the answer is no. If on the other hand, you resist change and aren’t willing to adjust, yes. Certainly jobs will change as more and more jobs are taken over by robots, but if we have learned anything from the past it is that different kinds of jobs become available. Robots and robotics are here to stay. We might as well enjoy them.

Do NOT follow this link or you will be banned from the site!
We use cookies to ensure that we give you the best experience on our website. If you continue to use this site we will assume that you are happy with it.OkPrivacy policy